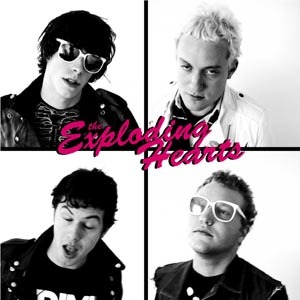 The new millennium started great, there was the Pacific Northwest scene of awesome ’77-style punk bands on Dirtnap Records, pretty much the best thing that could happen to punk rock in a long time. The new scene was led by three bands, The Briefs, The Epoxies, and The Exploding Hearts. The Briefs were goofy funsters, the Epoxies were robots from outer space and the Exploding Hearts were the sensitive kids, thriving on the romantic side of punk rock from the Clash (think of the songs sung by Mick Jones) to the Vibrators. END_OF_DOCUMENT_TOKEN_TO_BE_REPLACED