Our latest release is a ska-flavored tribute to Joe Strummer, released just a week ahead of his birthday. If you buy it on Bandcamp, you’ll support the Joe Strummer Foundation, as we’ll donate all profits from the track to them.

After 3 years, we return to Slovenia on 3 Aug to play at the Punk Weekender #2 – Punk Rock Holiday 1.9 Warm Up in Gornja Radgona. Can’t wait!

We promised you another video at the end of last year. It’s about the Rich Kids of Instagram. It’s fun. Enjoy!

We’ve added a bunch of new band and gig pics under Photos and hi-res photos and an updated biography in the Bio section.

2018 has turned quite good despite being our most turbulent year ever. After 18 years, we had to change drummer. Twice. But we survived. (See more about this here.)

We’ve released 4 new songs. We shot an official video for Happy New Year (see below), while Paranoia, Panic, Propaganda and Need Your Brain got mash-up videos. (Green Light, Blue Lambo will get a video too, don’t worry, we just need to catch up.)

Paranoia, Panic, Propaganda has made it to two official Spotify playlists, New Punk Tracks and Punk Unleashed. Our songs got airplay on punk and alternative radio shows in Germany, Spain, the UK and Canada. The Hungarian version of Creepy Stalker has been played in rotation on Budapest-based radio station Magyar FM.

We played 9 gigs this year with 3 different drummers. We returned to Munich in December and played the best venues in Budapest, including playing to a crowd of over 1,000 people supporting major indie act Péterfy Bori & Love Band at Budapest’s Barba Negra club. 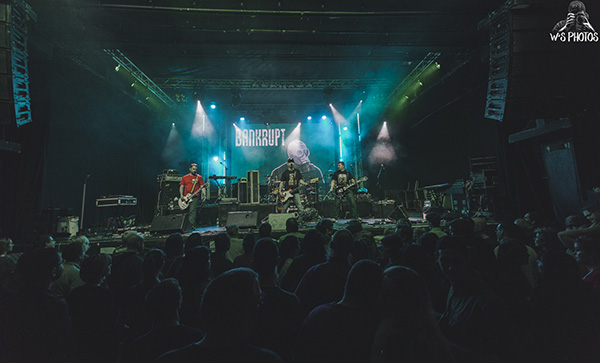 We already have some shows booked for 2019, as well as more new songs to record that will eventually be released together with recent tracks as our 5th album. Stay with us! Happy New Year!