While most classic punk bands released their best albums during their early years, there are several examples of more recent punk rock bands who had been around for a decade by the time they came up with their best material. There’s the Offspring, there’s Bankrupt, and there are the Dwarves.
The Dwarves started as a psychedelic garage punk band obsessed with sex, drugs, and destruction. The band was the brainchild of singer Blag Dahlia, with the wrestling mask wearing and usually naked guitarist HeWhoCannotBeNamed being the other steady member of their constantly changing line-up of weird characters during the years.
By the end of the Eighties the Dwarves had transformed their sound into a revved-up hardcore punk version of the Ramones, and in 1989 they released the infamous Blood Guts & Pussy on Sub Pop, with two blood-covered naked girls and a midget on the album cover. Blood Guts & Pussy was voted “most offensive album ever made” in SPIN Magazine, and for a punk band, this is pretty much the equivalent of winning an Oscar.
After two more records, Sub Pop dropped the Dwarves over a hoax about the death of HeWhoCannotBeNamed, and the Dwarves split up in 1993. But this was just the beginning. They reformed in 1997 and came back with The Dwarves Are Young and Good Looking on Epitaph, which was followed by The Dwarves Come Clean 3 years later. And what a glorious return it was. Their sound was reinvigorated by injecting a healthy dose of pop punk and experimenting with incorporating elements of a wide range of musical styles from surf rock to industrial metal.
Attempts by punk bands to push the borders of punk rock often lead to disasters (remember new wave), but the irresistibly snotty and charmingly insulting vocal delivery of Blag Dahlia renders any kind of music beneath his voice punk rock. Young and Good Looking and Come Clean are not only the best records ever released on Epitaph, they are the best punk rock albums of the era. They sound amazing (Blag is also a talented producer), with every single minute detail perfectly elaborated.
Their last release so far was The Dwarves Must Die in 2004, which went a bit too far with experimenting by including hip hop in the mix, but it’s still awesome. Their new album, The Dwarves Are Born Again should be out any day now, and we can’t wait to hear it.
Of course, we had to cover a Dwarves song. We played One Time Only several times (pun intended), and it’s definitely one of their best. The influence of the Dwarves on our songs can be noticed with songs like Bondage Boy or Sidewinder. 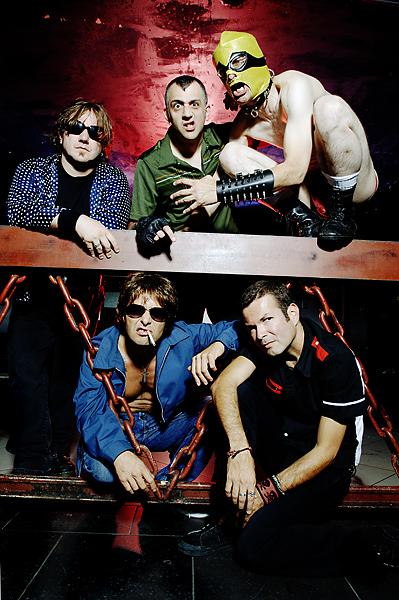