The great thing about punk was that finally even totally uncool weirdos like the guys from the Buzzcocks got a chance to form a band and get on stage. And they proved that losers write the best pop punk songs.
They formed in Bolton, near Manchester in 1976. Their early output featuring Howard Devoto on vocals was distinctly different (less pop, more punk) from their classic sound defined by the high-pitched, whiny vocals of Pete Shelley and the more gruff voice of fellow guitarist/songwriter Steve Diggle.
Devoto left in 1977, soon after the Spiral Scratch EP (the first self-released punk record ever) came out, and with Shelley and Diggle at the helm, the Buzzcocks began their journey toward pop punk perfection. They were the most melodic of all the British punk rock bands of the 1977 generation, with a series of instant hit singles later collected on the Singles Going Steady album.
They split up in 1981, but reformed in 1989 to tour with Nirvana, and they released a solid comeback album in 1993 entitled Trade Test Transmissions. They have been around ever since, with the rhythm section constantly changing behind Shelley and Diggle.
Their influence on Bankrupt was most obvious on the Listen album (check out Independent Girl, which was re-recorded for Razor Wires And Neon Lights last year), but newer songs like Outliving the Enemy or All Day In The Car are also good examples of our debt towards the Buzzcocks. 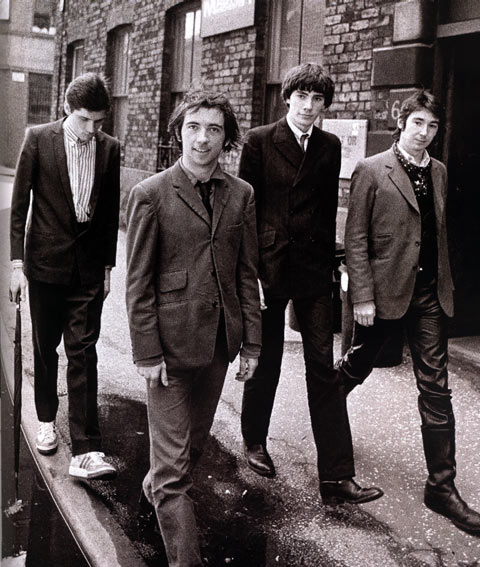