The Stranglers were strikingly different from any other band on the ’77 British punk scene. They were older (Jet Black, the drummer was 39 years-old in 1977), they had a keyboard player who looked like a shepherd, and their karate freak bass player, JJ Burnel was beating up everybody who pissed him off. And it was quite easy to piss him off.
The same aggression defined the way Burnel played the bass. In his hands it wasn’t an instrument, it was a weapon. Fact is, nobody ever played the bass like him. No wonder he inspired legions of punk rock bass players, including the guy from Bankrupt.
Burnel and guitarist/singer Hugh Cornwell were both cynical intellectuals, who reveled in their thuggish image. The way they treated women in their lyrics makes Borat look like a feminist. But keep in mind, this was before punk became politically correct.
While the members of the Clash were selected carefully by Mick Jones and manager Bernie Rhodes to fit the image they had in mind, and the Sex Pistols were put together by Malcolm McLaren, the Stranglers found each other randomly, and didn’t care about their image. Maybe that’s why they lasted longer: the original line-up remained intact until 1990, when Cornwell left, and the band has been going on ever since with the addition of new members. Amazingly, they are still touring actively, featuring 72-year-old drummer Jet Black.
They released two perfect punk rock albums (Rattus Norvegicus, No More Heroes), a perfect new wave album (La Folie), and a lot of good albums with awesome tracks among the fillers. Their influence on Bankrupt is quite obvious with songs like Face The Failure, or Another Girl.
(You can read a cool post about the Stranglers by John Robb here.) 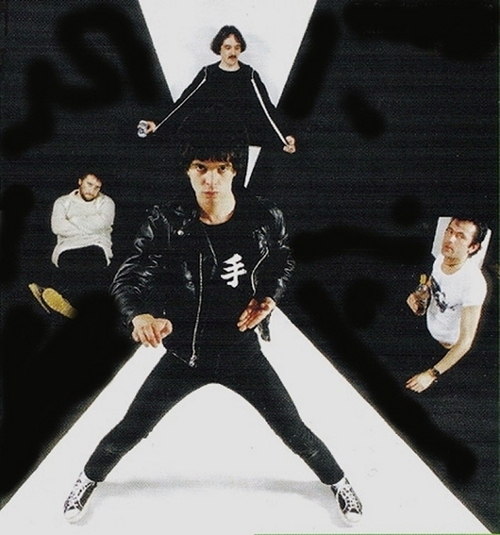