This is gonna be a series of posts about punk rock bands that inspired us throughout the years. Who else could we start with if not the Ramones?
The Ramones were the first punk band ever, starting out in Queens, New York as early as 1974, and the mastermind was a Hungarian guy (Tommy Ramone). They influenced the whole ’77 British punk scene. (Sid Vicious always wanted to be Dee Dee, but he kinda overacted his role.) They were a major influence on every decent punk rock band ever since. That includes Bankrupt as well. It’s not just that we have songs like Listen or Cinderella which are obviously indebted to the Ramones, but we even wrote a tribute song to them, Farewell To The Cretins.
They proved that great songs can be simple, inspiring a lot of bands to start their career with Ramones covers. However, to reproduce their sound, those simple chords aren’t enough. You’d also need the voice and charisma of Joey, and these are irreproducible.
The Ramones also inspired a whole sub-genre within punk, which is nowadays being referred to as oldschool pop-punk or Ramones-core to avoid being confused with MTV-poppunk. Although this is probably the coolest scene out there, with awesome bands from the DeeCracks to Teenage Bottlerocket or The Methadones (R.I.P.), we have too many diverse influences to fit into this box either.
There was no happy end to the Ramones story. Joey passed away in 2001. Dee Dee died as a sad old junkie a year later. Johnny, the health freak only survived him by 2 years. The only living member of the original line-up, is Tommy, the mastermind drummer. He knew he had to quit early to survive the Ramones. 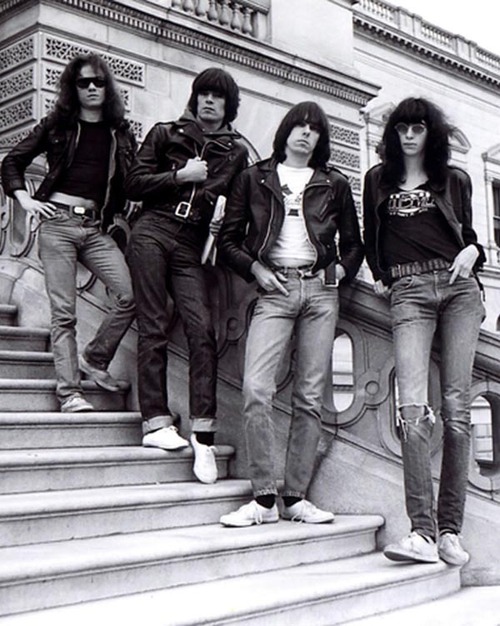